The following was posted on a Facebook page for American military people.

Here is a lecture given by Clarence Jordan from Koinonia Farm in Georgia.

A Word from Clarence on Christian Nonviolence 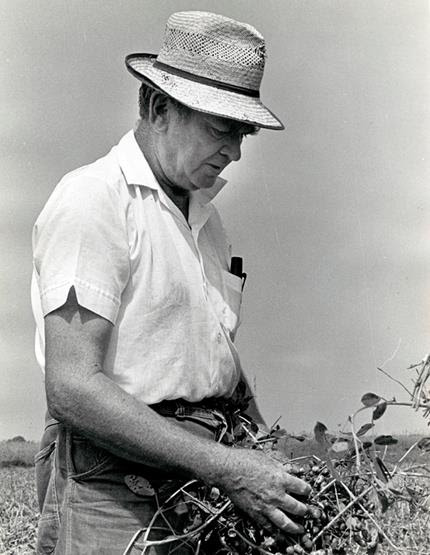 The following is one of five lectures that Clarence delivered at the Southern Baptist Theological Seminary in 1962. To read more of this lecture and others, see Henlee Barnette’s “Clarence Jordan: Turning Dreams into Deeds.”

“Since many questions have been raised about the Christian and war, the Christian and violence, nonviolence, and so forth, I thought perhaps that tonight I would just kind of share with you some of the experiences which we have had in this whole area ourselves. Now, to begin with, Koinonia committed itself to the idea of nonviolence, and it was rooted in the theological concept that God is love, and that the basis of this s the Golden Rule. So, in 1942, when Koinonia was begun, we boldly asserted that – even to a nation at war- that this was out of keeping with the Christian teaching. …

Now it was not until 1956 that the race thing began to horning on us and that we had many, many opportunities to practice this whole business of nonviolence. But, in the earlier days, the opposition to us centered around this view on nonviolence.
We had hardly been there just a few days when an old farmer came down and he was all upset. He said, “I want to tell you something. You know what I don’t like about you folks?”
I could have given quite a catalog of things, but I said, “What?”
He said, “I don’t like it ’cause you won’t fight.”
I said, “Who told you we wouldn’t fight?”
He said, “That’s what they’re telling around here. You won’t fight.”
I said, “Well, you got us wrong, Mister. We’ll fight.”
“Will you fight?”
“Yes, sir,” I said, “we’ll fight.”
He said, “How come you ain’t at the war if you’ll fight?”
I said, “Well, we don’t fight with those kinds of weapons.”
He said, “How do you fight?”
“Well,” I said, “we fight with love, and justice, and truth, and mercy, and prayer, and patience, and forbearance.”

And I saw I was losing him. Any time you start talking to a South Georgia farmer and ask questions, you’re going to lose him. So I had to get a little bit more concrete.
Well, I happened to see one of our mules with his head stuck out of the barn down there and a big old ear flopped over and a long old face – looked like this farmer! So I said, “You see that old mule?”