This is a great article by Camillo “Mac” Bica, PhD, a professor of philosophy at the School of Visual Arts in New York City. He is also a former Marine Corps officer, Vietnam veteran, and the coordinator of the Long Island Chapter of Veterans for Peace.

“Not long afterwards, Hank stopped me in the hallway to discuss his impressions of the interaction he had with his new comrade. Like Rifleman C.H. Brazier, during the Christmas Truce of World War I, Hank mentioned that he enjoyed the meeting and found the Soviet veterans to be very nice guys, no different from us. As you can imagine, this meeting between former enemies was truly an enlightening and therapeutic experience for all involved. My only regret was that we hadn’t recorded it on video.”

Christmas in the Trenches by John McCutcheon

My name is Francis Tolliver, I come from Liverpool.
Two years ago the war was waiting for me after school.
To Belgium and to Flanders, to Germany to here
I fought for King and country I love dear.
‘Twas Christmas in the trenches, where the frost so bitter hung,
The frozen fields of France were still, no Christmas song was sung
Our families back in England were toasting us that day
Their brave and glorious lads so far away.

I was lying with my messmate on the cold and rocky ground
When across the lines of battle came a most peculiar sound
Says I, “Now listen up, me boys!” each soldier strained to hear
As one young German voice sang out so clear.
“He’s singing bloody well, you know!” my partner says to me
Soon, one by one, each German voice joined in harmony
The cannons rested silent, the gas clouds rolled no more
As Christmas brought us respite from the war
As soon as they were finished and a reverent pause was spent
“God Rest Ye Merry, Gentlemen” struck up some lads from Kent
The next they sang was “Stille Nacht.” “Tis ‘Silent Night’,” says I
And in two tongues one song filled up that sky
“There’s someone coming toward us!” the front line sentry cried
All sights were fixed on one long figure trudging from their side
His truce flag, like a Christmas star, shown on that plain so bright
As he, bravely, strode unarmed into the night
Soon one by one on either side walked into No Man’s Land
With neither gun nor bayonet we met there hand to hand
We shared some secret brandy and we wished each other well
And in a flare-lit soccer game we gave ’em hell
We traded chocolates, cigarettes, and photographs from home
These sons and fathers far away from families of their own
Young Sanders played his squeezebox and they had a violin
This curious and unlikely band of men

Soon daylight stole upon us and France was France once more
With sad farewells we each prepared to settle back to war
But the question haunted every heart that lived that wonderous night
“Whose family have I fixed within my sights?”
‘Twas Christmas in the trenches where the frost, so bitter hung
The frozen fields of France were warmed as songs of peace were sung
For the walls they’d kept between us to exact the work of war
Had been crumbled and were gone forevermore

My name is Francis Tolliver, in Liverpool I dwell
Each Christmas come since World War I, I’ve learned its lessons well
That the ones who call the shots won’t be among the dead and lame
And on each end of the rifle we’re the same

Militarism leads inevitably to torture and war crimes and, as I have pointed out previously, war crimes are a serious matter for Catholics.

We need to break the back of U.S. militarism and one way to begin doing that is to target the worst war criminals and “put the Fear of God into them.”

“In my view, those in the American government who ordered and conducted this program of torture by the CIA since the autumn of 2001 should be arrested, tried for self-evident common crimes, and if convicted, hanged.”

A Catholic friend, Tom Eddlem, writes for the New American and he is a passionate and well-informed enemy of the “torture lobby.” Here is a letter he wrote to the U.S. Attorney for D.C., calling for prosecutions:

The release of the U.S. Senate Intelligence Committee Report documenting torture last week, combined with the public statements of former Vice President Dick Cheney and former CIA Directors George Tenet and Michael Hayden, have left on the public record evidence beyond a reasonable doubt that they have ordered torture and violated 18 USC 2340A, “Conspiracy to torture.”

As U.S. Attorney for the District of Columbia, this conspiracy to commit torture originated in your district and it is your responsibility to prosecute criminals who masterminded these heinous crimes. I am a high school U.S. history teacher in a Catholic school south of Boston. As I have taught my students the Bill of Rights in class this week, I noted that the logic of the torture lobby present on television news shows over the past week must destroy not only the “cruel and unusual punishments” clauses of the Eighth Amendment, but that it also threatens virtually the entire Bill of Rights. For example, the right to trial by jury (Sixth Amendment), right to an attorney (Sixth Amendment), due process (Fifth Amendment) and right against self-incrimination (Fifth Amendment) must be done away with by the logic of the torture lobby, who argue that detainees must be tortured before a trial sorts the guilty from the innocent in order to get timely “battlefield” intelligence.

This torture policy has resulted in the torture of not just actual terrorists, but also of innocent people, including innocent American citizens Donald Vance and Nathan Ertel.

This is not a partisan issue; it is a criminal issue. I am a life-long donor and supporter to Republican Party causes, and it matters nothing to me that all of the perpetrators happen to be of the Republican Party. I would note that Republican Senator John McCain and the Republican members of the House Liberty Caucus have also spoken out strongly against these crimes.

Please do not let politics be the undoing of the law you are charged with enforcing. 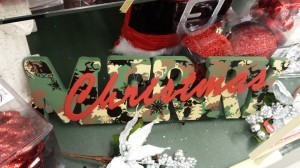