A film about Stanislov Petrov, a hero from the Soviet Union who saved the world with a decision he made one night in 1983.

Here is a link to the official homepage. Here is a trailer narrated by Kevin Costner. 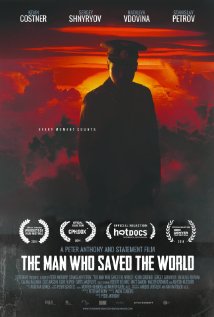 In the trailer he says he never wanted to go into the military. He says his parents pushed him into it.

I hope it is coming soon to a theater near me!