Josh Begley has started a website that is mapping the United States’ military footprint. He writes:

“Taken as a whole, I’d like to think this collection can begin to approximate the archipelago of militarized space often understood as empire. But I’m hesitant to say that. It seems to me that empire involves more than pushpins on a map. It is made up of human activity — a network of situated practices that preclude constellational thinking and sculpt geographies in their own image.

I’m not sure aerial photography can get at that complexity. But perhaps an outline of this footprint– of runways and bases and banal-looking buildings — might begin to chip away at the bumper-sticker simplicity much political discourse about the military-industrial complex gets reduced to.” 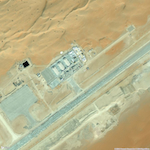 He also runs Dronestre.am, which gives real time and historical data about every reported United States drone strike. There is even an iPhone app. Check out his work at JoshBegley.com. 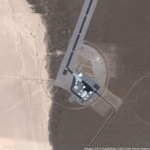 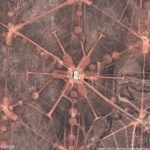