Worth Fighting For? by David Swanson is a great article about a book by a former soldier, Rory Fanning, who walked across the United States to raise money for the Pat Tillman Foundation after leaving the Army Rangers as a Conscientious Objector. There is reason to think Pat Tillman turned against the war and had planned on using his fame as a platform to speak out against it upon his return, and so naturally there is reason to suspect that his death was not an accident. Of course, we can’t be surprised to hear this: 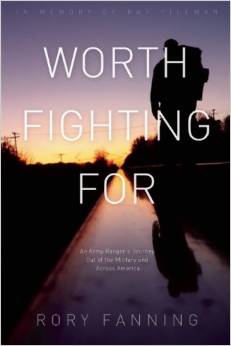