From the biography by G.K. Chesterton:

“As a young man St. Francis of Assisi (1181-1226) slept and dreamed of arms. He joined the troop of a knight of Assisi who was riding south to fight for the Pope against the Germans. He had a vision that he thought was telling him to take up arms. He was confident he would win glory as a knight, but on the way to battle he fell ill. While lying helpless, he heard a voice that contradicted his first vision, saying he must turn back, and ‘serve the Master rather than the man.’ Francis obeyed.” 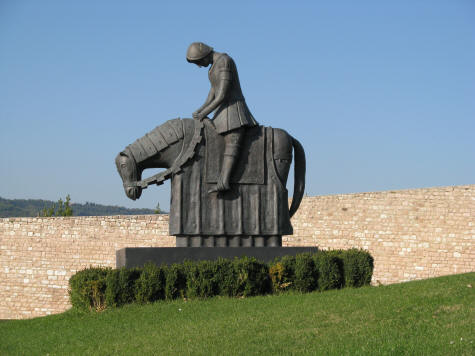