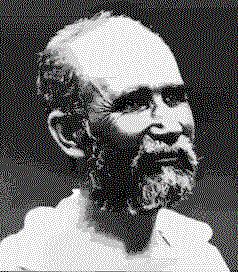 Charles de Foucauld (1858-1916) was born in Strasburg, France. He entered Saint Cyr, the top French military academy, when he was 18. He graduated 87th in a class of 87 students and continued to live a riotous life while employed by the French military. He was eventually suspended from military service for lying about being married to a woman he was not married to. Hearing that his regiment was involved in dangerous action in Tunisia, he abandoned the woman, asked to be reinstated, and joined a new regiment in the south Oran area. For the next eight months, he proved to be an excellent officer, praised by his superiors as well as by the lower ranks.

“The encounter with Islam caused a profound upheaval within me.” Letter, July 8 1901

He was fascinated by Northern Africa and impressed by the faith and religious devotion of the Moslems. He resigned from the Army, settled in Algiers, and learned Arabic and Hebrew. When he went home to France, he led an austere, ascetic life. He went into churches, without any faith, and repeated this strange prayer: “My God, if you exist, let me know you.”

“As soon as I believed that there was a God, I understood that I could not do otherwise than to live only for him…” August 14, 1901

He experienced a conversion and felt a calling to the religious life. For a time he lived as a Trappist monk and then went to the Holy Land to work as a servant for the Poor Clare nuns. Eventually he was ordained a priest. He took up the life of a hermit in the desert, where he wrote down a plan for two religious orders. The members of these orders, he envisioned, would live a life patterned on the life of Jesus at Nazareth.

In 1916, living among the fierce Tuaregs of Tamanrasset, Charles de Foucauld was murdered in an attempt to warn two Arab soldiers of danger from a group of Senussi rebels.  The life of Charles de Foucauld was like the biblical seed which had to die before it sprouted into a healthy plant. At the time of his death, neither his missionary contacts nor his designs for new religious orders had borne visible fruit.  Within twenty years after his death, there appeared three congregations which derived their inspiration, purpose, and Rules from Charles de Foucauld.