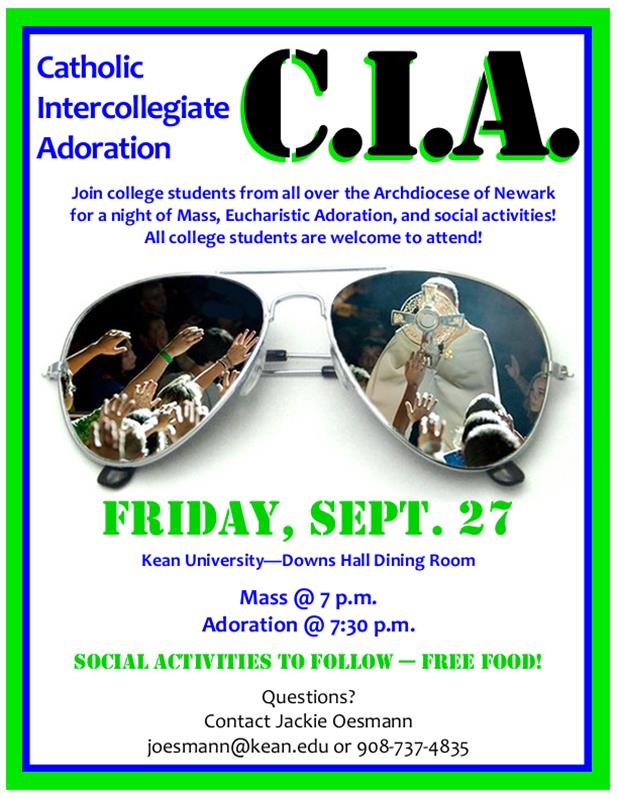 A poster used to promote an opportunity for Eucharistic Adoration by The Catholic Campus Ministry at Kean College in the Archdiocese of Newark. Thank you to a reader for sending it to us.

According to Wikipedia: Aviator sunglasses were originally developed in 1936 by Ray-Ban for pilots to protect their eyes while flying. They became popular after newspaper photographers snapped pictures of General Douglas MacArthur wearing them on a beach in the Philippines during World War II. They became popular again in the 1960s (hm, during Vietnam) and then again with films like Top Gun. In the 1990s, their popularity waned, but they became very fashionable again in the early 2000s. (I wonder why.)

Aviator sunglasses are also characterized by dark, often reflective lenses; their opacity lend an air of mystery or secrecy, which works well with the “C.I.A.” theme.

Obviously this is an attempt to make the Eucharist look cool and exciting, and what’s cooler than fighter pilots and stealth C.I.A. operatives, right?

“You now have to decide what ‘image’ you want for your brand. Image means personality.” David Ogilvy 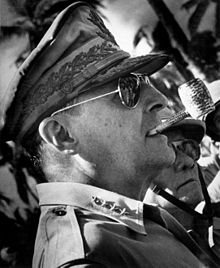