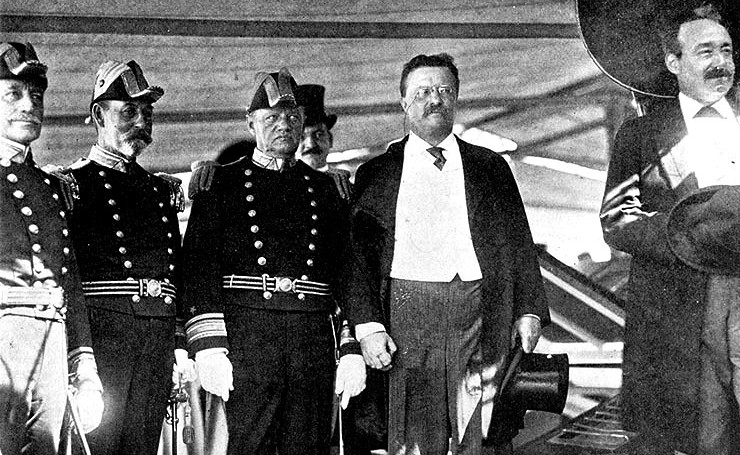 “There can be no fifty-fifty Americanism in this country. There is room here for only 100% Americanism, only for those who are Americans and nothing else.” Teddy Roosevelt

I have heard the professor speak a couple times. I have read one of his books and always read his articles when I find them. He’s a retired Army officer, a Vietnam vet. He doesn’t fit into any preconceived political category and he always challenges his readers. He’s also a Catholic who’s suffered a terrible personal tragedy as a result of war.

In his article, Bacevich writes about the elite consensus that dominates Washington in spite of apparent Democratic vs. Republican sparring and then he makes this observation:

“Are the troops in Afghanistan fighting for our freedom? If so, the package of things they fight for includes the prerogative of dispatching US forces to wherever it pleases Washington to send them, along with no-fault divorce, abortion on demand, gay marriage, and an economic system that manifestly privileges the interests of the affluent at the expense of those hard-pressed to make ends meet.”

There you have it — a succinct description of the three pillars of the decaying edifice that I think we ought to call “Americanism.” Militarism and perpetual war, sexual license promoted as freedom, and the “greed is good”/consumerist mentality. All available for export.

Pretty grim situation, isn’t it? But there is hope in the world. It’s called the Catholic Church, the only force on earth which stands in opposition to all aspects of this gathering darkness. More precisely I’m talking about the teachings and traditional morality of the Church which are timeless and have survived unchanged in spite of the failure of most Catholics (myself included) to live up to those standards.

It’s time for a restoration of the Catholic Faith in America.  We must reject Washington’s “tacit consensus” and oppose it with Catholic solidarity. But we can’t pick and choose what aspects of the Faith we adhere to, based on media-defined categories of liberal and conservative, Republican and Democrat. Teddy Roosevelt will turn over in his grave, but we have to be 100% Catholic. All Catholic all the time.

We have to defeat Americanism in order to save America. Let’s make that one of our jobs as Catholics. Let’s start a conversation about how to go about it.

One thought on “Catholics or Americanists?”