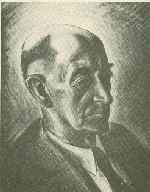 From Lest We Forget:

Archibald Baxter was a hard working farmer, Catholic and pacifist. In 1915, when he was 33, Baxter was arrested, sent to prison, then as one of 14 conscientious objectors, shipped under guard to France where he was forced to the front line against his will. Punished to the limits of his physical and mental endurance, Baxter was stripped of all dignity, beaten, starved and placed directly in the line of fire. Field Punishment No.1, which Baxter and his fellow conscientious objectors received regularly, included ‘the crucifixion’, in which they were tied to a post, their hands, knees and feet bound and held in this position for up to four hours a day. In later life Baxter published We Will Not Cease, an autobiography which recounted his experiences as a pacifist. 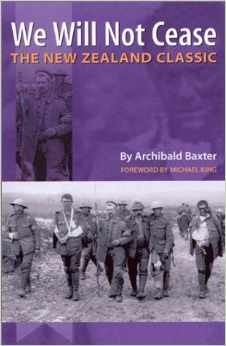